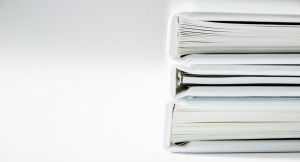 An executive in the real estate construction, management, and development industry, Richard Nasti serves as executive vice president of H.J. Kalikow & Company. Richard Nasti holds a juris doctor from the University of Pennsylvania Carey Law School, which recently announced its Future of the Profession Initiative.

In an effort to “Teach, Lead, and Transform,” Penn Law’s Future of the Profession Initiative aims to explore how law schools can employ a more holistic approach to training attorneys, not only during law school but also during their careers. The initiative includes a number of projects and events, including a Dean’s Innovation Prize competition to foment innovation in legal service delivery and a Five-Year-Out Academy to support new attorneys.

Also designed to support cross-disciplinary collaboration, the initiative will explore how leaders across various disciplines, from business and engineering to education and law, can devise innovative strategies to improve access to legal assistance for all populations.

As executive vice president of H.J. Kalikow & Company, Richard Nasti guides complex real estate development projects in New York and beyond. A graduate of Stony Brook University, Richard Nasti stays active with his alma mater as chair of the Center for Italian Studies.

A focus the Center is on exploring contemporary global issues and aspects of the Italian American experience through cultural and academic events. At the same time, the Center works with the Study Abroad Office in facilitating the LUMSA (Libera Università Maria Ss. Assunta) Student Exchange Program and a Summer Program in Rome.

Among the Center for Italian Studies’ well-attended campus events is the annual Italian Cinema Festival, which is now in its 16th running. The December, 2018, event brought together a half dozen free, subtitled, screenings of recently produced films from Italy. These included A Story With No Name by director Roberto Ando and The Prophecy of the Armadillo by Emanuele Scaringi. Screenings also included remarks by a representative from the Rome-based Associazione Culturale Art Media.

With more than 30 years of real estate development and management experience, Richard Nasti is the executive vice president of New York’s H.J. Kalikow & Company. A graduate of Stony Brook University, Richard Nasti supports the school through his role on the board of the Stony Brook Foundation.

The Stony Brook Foundation Board of Trustees hosted its 20th annual Stars of Stony Brook Gala this past April at New York City’s Pier Sixty at Chelsea Piers. More than 850 people attended the event, which honored distinguished alumnus Marilyn Hawrys Simons, PhD, and raised a record-breaking $28.2 million, $25 million of which was personally donated by Dr. Simons to build a new Center for Applied Economics and Public Policy. The remaining $3.2 million will fund student scholarships.

Along with her husband Jim, Dr. Simons started the Simons Foundation in 1994. She has since become one of the country’s preeminent private funders of basic research. She is also chair of the board of Cold Spring Harbor Laboratory, which conducts research programs in cancer, genomics, quantitative biology, and neuroscience and is a staunch advocate for improved education programs in underserved communities.

The executive vice president of H.J. Kalikow & Company for 32 years, Richard Nasti formerly served as chief counsel and campaign director for the United States Senator Alfonse D’Amato. Outside of the professional arena, Richard Nasti is an avid golfer.

Golf Digest contributor Dave Stockton developed a highly natural approach to putting and passed several putting tips to readers of the magazine. According to Stockton, first and foremost, putters should remember their nondominant hand during their putting stroke. To ensure that they are using both hands to direct and propel the ball, putters may want to practice putting using only the nondominant hand.

Rather than thinking about hitting the ball, putters achieve far better distance control by attempting to “roll’ it. The key to this rolling motion is to keep the putter head close to the ground while propelling it well past the point of impact with the ball.

Putters should also avoid focusing on the ball too much while addressing it. By looking at a spot along the target line just in front of the ball, putters can produce a smooth putt that follows their chosen path to the hole.